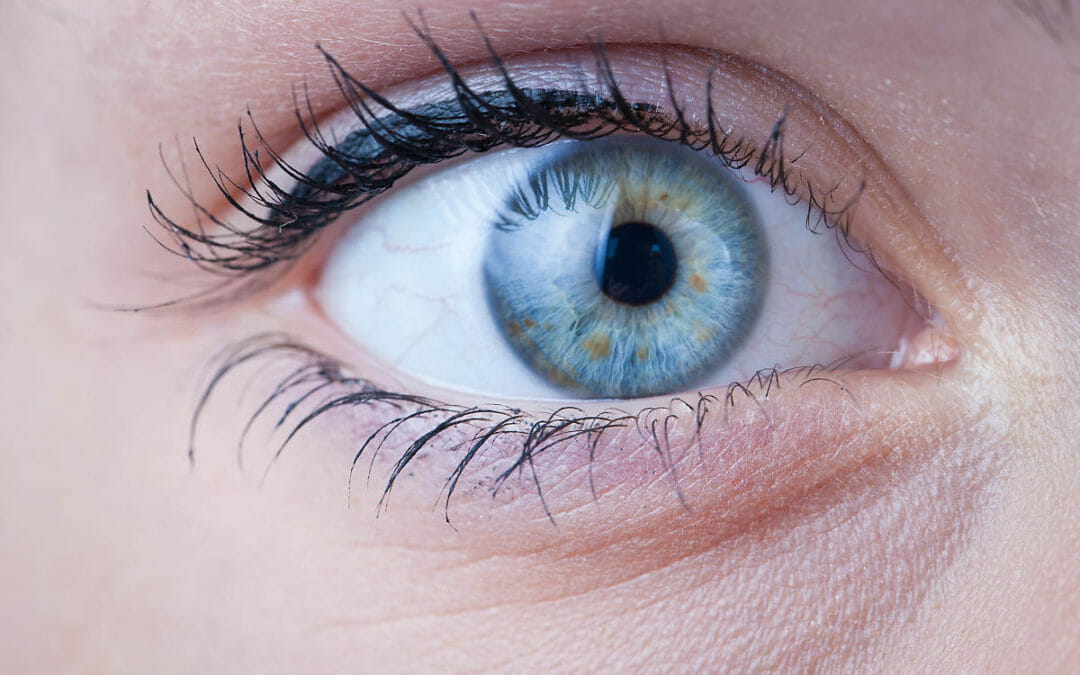 What is Sjogrens Antibodies?

Antibodies are substances produced by your immune system (the body’s defence against infection) to attack germs. In Sjögren’s syndrome, the immune system produces antibodies that attack healthy areas of the body.

It is possible to measure antibodies in blood.

These chemicals can cause diseases by affecting body tissues.

Elevated levels of these antibodies are closely linked to the Sjögren’s syndrome where they attack healthy glands producing salivary tears and tears.

However, this may affect many others autoimmune conditions as well.

It is generally possible to detect elevated levels of anti-SSA antibodies in blood compared to other tests.

However, 20-40% of Sjögren’s syndrome patients may lack SS-A and/or SS-B antibodies.

The finding of SS-A and/or SS-B antibodies is not specific to Sjögren’s syndrome patients.

These antibodies may also be found in patients with systemic lupus and occasionally in other autoimmune diseases, such as myositis.

Causes and types of Sjogren’s Antibodies

Some scientists believe it could be genetics or viral infections.

Approximately half of Sjogren’s patients aged 40 to 70 have this disease.

The syndrome is characterized in two forms.

Primary syndromes occur independently but do not have a relationship to diseases or diseases in any form.

Secondary Sjögren disease often happens along with other autoimmune disorders, such as RA or lupus

Sjögren’s (“SHOW-grins”) is a systemic autoimmune disease that affects the entire body.

Along with symptoms of extensive dryness, other serious complications include profound fatigue, chronic pain, major organ involvement, neuropathies, and lymphomas.

Eyes may be irritated with frequent dryness and stinging when exposed to sunlight.

Your eyes can get tired quickly or feel gritty or sandy sensations or the tear duct can expand too.

Contact lenses are usually more prone to irritation and a strand of mucous can appear in your eye.

Dry eyes cause damage to the epithelia that protect the cornea, the transparent shaped dome on the front of the eye.

This could also cause corneal injuries and infections.

Sjogren syndrome can cause poor salivation.

Risks and Contraindications of Sjogrens Antibodies

The use of Sjögren’s antibody test has been proven to be a contraindication.

A small possibility of swelling and bleeding from the needle puncturing may arise.

Bruising is more likely if you have bleeding disorders.

If an infection occurs within one day of testing, the puncture is removed and cleaned.

Rheumatoid factor is a characteristic feature ofRA, being found in up to 80% of affected patients.

Though it’s rare, people with Sjogren’s syndrome are at higher risk of lymphoma, particularly non-Hodgkin lymphoma , which is a cancer of the lymph nodes.

Lymphocytes are immune cells that act inappropriately in autoimmune diseases, often resulting in the overproduction of antibodies.

Indications for testing for Sjogrens Antibodies

Sjögren syndrome is regarded as a clinical problem when a patient experiences dry skin or dry eyes, especially when they exhibit symptoms like headache, joint aches and/ or systemic complications.

In the first 20 years of the study, more than 30 – 300% were suffering from systemic complications.

How is Sjögrens Antibodies Diagnosed?

In Sjögren’s syndrome, the immune system produces antibodies that attack healthy areas of the body.

Sjögren is a rare disease and doctors need to conduct several tests on patients to determine if he is having symptoms.

These can be found during a blood test.

But not everyone with Sjögren’s syndrome has these antibodies, so you may have the condition even if a blood test does not find them.

The Rheumatology team is responsible for diagnosing Sjögren’s primary symptoms and can perform several test procedures.

If you suspect Sjegren’s you should have an eye physician test.

Measures the amount of saliva produced over a certain period of time. Salivary Gland Biopsy (usually in the lower lip):

Testing a piece of lip tissue In people with Sjögren’s syndrome, clumps of white blood cells, which are produced by the immune system, can form inside the cells where spit (saliva) is produced.

To check for this, a very small piece of tissue from the inside of your lip may be removed and looked at under a microscope. This is known as a lip biopsy .

These tests rely on an electric field to separate the proteins based on their electrical charge.

In the diagnostic evaluation of a patient with Sjögren’s syndrome,

Schirmer’s test, to see if your tear glands are producing enough tears to keep your eyes moist.

Ocular surface staining to look closely at the surfaces of your eyes for damage and dryness.

Salivary gland function scans, which look at the

The results of an ANA test will determine if you have an autoimmune disorder.

The test for ANA is positive, especially those with signs and symptoms consistent with Sjogren syndrome or lupus erythematosus This test is not useful in patients without demonstrable antinuclear antibodies.

Criteria for diagnosis for Sjogrens Antibodies

The classification criteria for primary Sjögren syndrome 4 have been provided by the American Society for Rheumatism (ACR) and the Europe Against Rheumatism (EULA).

This criteria is valid only on patients whose mouth and eyes appear dry on ACR/EULAR.

Purpose of the Testing for Sjogrens Antibodies

Symptoms of Sjögren’s antibodies are evaluated during clinical evaluation for a variety of autoimmune conditions.

This antibody may also determine the cardiovascular risk among people with autoimmune disease.

In some circumstances, Sjögren’s antibodies testing should be used when people are pregnant and suffering from autoimmune conditions.

Indications for testing for Sjogrens Antibodies

The main symptoms — a persistent feeling of dry eyes and dry mouth — can have many different causes and develop gradually, leading to a delay in considering Sjögren’s syndrome as the cause.

Sjögren syndrome is regarded as a clinical problem when a patient experiences dry skin or dry eyes, especially when they exhibit symptoms like headache, joint aches and/ or systemic complications.

In the first 20 years of the study, more than 30 – 300% were suffering from systemic complications.

Sjögren’s is so complex, physicians and dentists sometimes treat each symptom individually and do not recognize that a systemic disease is present. (i.e. an eye care provider may be treating dry eye and not realize the patient has other symptoms, or a primary care physician may be treating joint pain but not realize a patient has dryness symptoms too.

Before the Test of Sjogrens Antibodies

A physician will check you and make a physical exam for you.

Symptoms of Sjögren syndrome can cause inflammation in your connective tissue.

During the Test of Sjogrens Antibodies

You have to fill up the consent form before you go to your examination.

In that area blood is drawn and you may have your temperature, breath rate, pulses, blood pressure checked for abnormalities.

After the Test of Sjogrens Antibodies

It is advisable to resume the usual activities after your tests.

You may have to lift the arm you injected after a blood sample a day before.

After testing there will be bathing, showering and swimming.

After one hour if there is no bleeding, the bandage will disappear.

Which laboratory tests are most useful for Sjögren syndrome?

The initial evaluation of a patient with a possible systemic autoimmune condition should include antinuclear antibody (ANA) testing; however, ANAs can be found in a variety of conditions, so these tests are best used in patients with a high pretest probability

To determine if you are suffering from Sjogren’s syndrome, your doctors may ask you to explain how you feel or what medication you are taking.

Some medicines, such as antidepressants and antiseptic medication, are also prone to drying.

Interpretation of results of Sjogrens Antibodies

You may need other tests to help diagnose Sjögren disease.

You may need to make another follow-up consultation for the evaluation to be completed.

In a survey done in 2005, Sjögren patients had auto-antibodies in blood.

Anti-SS-B antibodies can be specific for SJogren’s syndrome, while an anti-SS-A antibody can be found with other autoimmune conditions including SLE or Rheumatism.

Sjögren’s can be challenging to recognize or diagnose because symptoms of Sjögren’s may mimic those of menopause, drug side effects, or medical conditions such as lupus, rheumatoid arthritis, fibromyalgia, chronic fatigue syndrome, and multiple sclerosis and thus makes receiving a prompt diagnosis difficult.

A positive result for SSA antibodies in a woman with LE prior to delivery indicates an increased risk of congenital heart block in the neonate.

When to see a doctor for Sjogrens Antibodies?

Doctor is likely to ask you a number of questions, including:

How to make a Sjögren’s syndrome diagnosis

Doctors must see specific antibodies (blood proteins) in your blood.

They also need to see a pattern of inflammation, found most often on the salivary glands of your lips, which is characteristic of Sjögren’s syndrome.

Your doctor may recommend some or all of the following tests:

Blood and urine tests, to look for the presence of antibodies common in in the evaluation of a patient with suspected Sjogren’s syndrome: SS-A (Ro) and SS-B (La) antibodies :

Antibodies are a large family of proteins in the blood that are capable of binding to molecular targets.

These targets, termed antigens, are located on the surfaces of microorganisms, cells, and blood proteins. 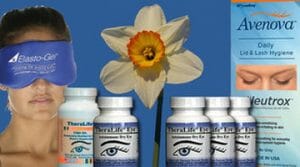 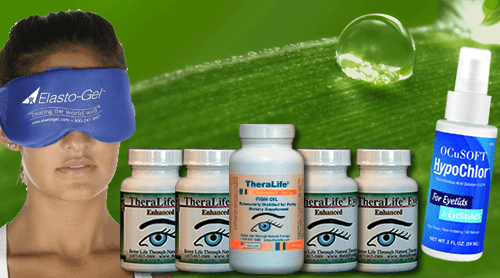